What did he say? Football’s hilarious innuendo: Super Bowl Edition

What did he say? Football’s hilarious innuendo: Super Bowl… 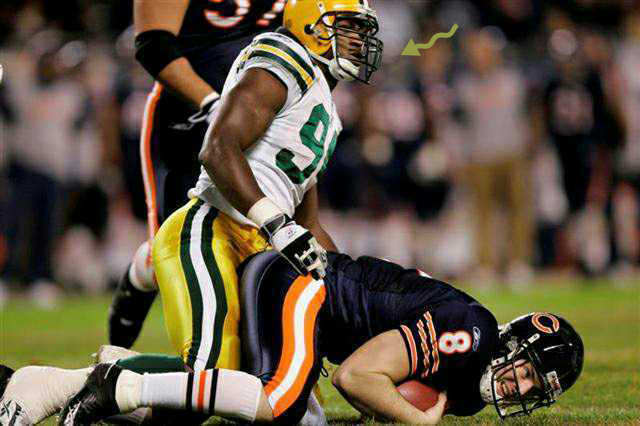 A double entendre is a figure of speech in which a spoken phrase is devised to be understood in either of two ways. Often the first (more obvious) meaning is straightforward, while the second meaning is less so: often risqué or ironic.

When describing football, players use take their hands off, try to find the hole, and shoot into the gap. This makes for some often hilarious commentary. I would have far more of these, except I was watching more of The Bachelor than Monday Night Football this season.

Enjoy, and if you remember any others, write them down in the comments!

Sheets, takes the hand off, finds the hole…

His balls had a lot of zip on ’em all week.

Nobody hits the home run like Chris Johnson. If you make a mistake in a gap, forget about it… Jets jump in to their bear defence, they don’t account for all the proper gaps. Watch Chris Johnson come out of the trash, find a lane and hit this crease.