What to Expect When You’re Expecting Goaltending

What to Expect When You’re Expecting Goaltending 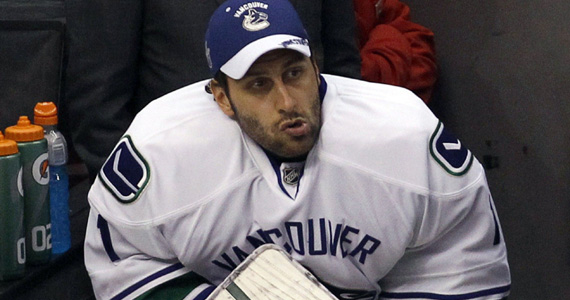 This post is a public service announcement to all Canucks fans, new, old and bandwagon:

Roberto Luongo does not play well in October.

To the faithful Luongo lovers and shameless Luongo apologists like myself, this should not come as a surprise. Luongo is perhaps the most polarizing figure in Vancouver sports. Fans all over the league either love him or hate him, and the same is true in the city of Vancouver. And yet every October at the beginning of every season, people are surprised when Luongo gets off to a slow start. Here are Luongo’s stats from October of the last 5 years, not including the lockout shortened session of last season.

The October statistics aren’t exactly first team all-star material, but of course they don’t tell the entire story of how these seasons went. Love him or hate him, he happens to be the best goaltender ever to pull on a Canucks jersey. Here are Luongo’s stats for the last 5 full seasons of play.

@strombone1: Happy October everyone!!! Or as I like to call it: How did that go in?

Even Luongo knows that October is generally not a strong month for him. At least he can have some fun with it. If the Canucks can get through October with an even record, it should shape up to be a great season.