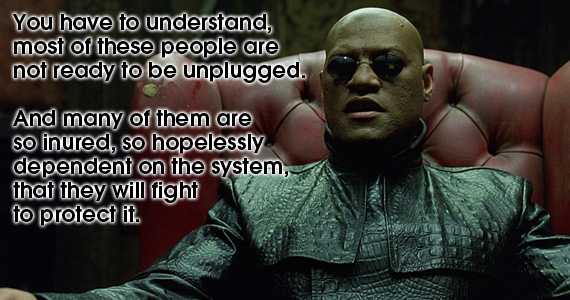 There’s something that has been at the back of my mind – it’s the fact that we are now nearing the end of October, and still no NHL regular season in sight. In fact, there are rarely any meetings between the league and the players union either. October comes, ring a bell, and we salivate for hockey. We’re conditioned addicts.

Today in the local newspaper the NHL was way back in the sports section, and this is in hockey-addicted Vancouver. Admittedly, it is a BC Lions game day, and there was a lot of excellent CFL coverage. However, when a retiring horse jockey and EPL soccer news bury the NHL news to the 11th page, that’s noteworthy in itself.

These 5 stages of grief and addiction (following the Kübler-Ross model) can be applied to NHL addicts, and hopefully help some of you in understanding your path to recovery.

Denial: “I feel fine. This can’t be happening, not to me.”

Not just a river in Egypt, denial is a defense mechanism and some people can become locked in this stage. It sounds something like this:

Anger can manifest itself in different ways. People can be angry with with NHL, or with the players, and especially those who are close to them. Many fans are stuck in this phase of NHL grief, angry with Bettman, angry with owners and players alike. This is where most people get stuck.

Admittedly, I feel angry most of the time when I really think about this lockout, the 3rd under Gary Bettman’s tenure as NHL commissioner. The owners and the players make are fighting over Hockey Related Revenues (HRR), to the tune of billions of dollars. They do not seem to realize that everything that is HRR is generated by the fans. It is on the backs of the fans that players, owners and the NHL as a whole make their money. The fans that make 5 or 6 figure incomes, not 7 or 8.

It is the fans that fill the seats, buy the jerseys, call in to the radio to rant, chirp each other on social media sites, and spend their time and hard earned money on the NHL.

Bargaining: “I’ll do anything for a few more years. I will give my life savings if…”

The NHL and the NHLPA seem to have skipped this stage.

Depression: “I’m so sad, why bother with anything? I miss the Canucks, why go on?”

A hockey addict may feel that he or she has no choice or control over things. And in the case of the NHL, he or she may not. He or she then falls into depression. Hockey deprived individuals would have trouble making the best decisions, and all of a sudden they’ve purchased yet another vintage jersey.

But with the help of concerned family or friends, he or she may eventually be pulled out of NHL depression and binge buying of licenced paraphernalia. In fact, in the right situation, the addict might be convinced to return that Barry Pederson Flying V (and exchange it for something more contemporary).

Acceptance: “It’s going to be okay. I can’t fight it, I may as well prepare for it.”

Acceptance is often the first step to recovery. By admitting that the NHL has serious problems, he or she will be able to seek professional help and commit to a healthy lifestyle without the NHL. An effective recovery program seeks to reinforce hockey abstinence, growth of other sports to dominate your TV watching, and necessary programming changes.

Relapse in the form of a ratified NHL Collective Bargaining Agreement might test your recovery, but by believing in one’s self, knowing the risks, and addressing the root of the problem, this can be overcome so full-term recovery can take its place in the person’s life.

I just want to remind the owners and the players: you guys make money because you’ve got a whole bunch of fans out there who are working really hard. They buy tickets. They’re watching on TV. Y’all should be able to figure this out. Get this done.
– Barack Obama on the Tonight Show with Jay Leno

Wise words from the most powerful man on the planet. HRR is a budgeted projection of how much money they think NHL hockey can make. The NHL should take heed; if this season is lost, most casual NHL fans will have moved on, and the faith of the hardcore would certainly be shaken. Better put those losses into your HRR projections. I’m spending my money somewhere else.